A common problem in a lot of commercial interior spaces is the lack of fresh outdoor air, either because the building was built without windows that open or because the windows have to be kept closed so that the HVAC system doesn't become overloaded, trying to fight against the temperature of the air coming through the window. While good HVAC systems deliver fresh air anyway, some building occupants might prefer opening a window, or someone might want to air out an office kitchen in which someone prepared some smelly food.

Unfortunately, these seemingly benign actions can have co-workers at each other's throats as the building temperature suddenly goes haywire. Revamping a building so that it has automation controls can solve this problem and prevent co-workers from starting a war over a breeze.

Adjust Thermostat Use When a Window Opens

Building automation covers more than just the thermostat. A fully automated system can link the HVAC system to door and window controls, allowing the building to change the temperature of the thermostat when it senses an open window or, in many cases, when the automation system opens the window itself.

Opening a window in an office where the HVAC system is currently cooling or heating the interior space is like opening the window at home when you have the air conditioner running, only on a larger scale and with more people affected. The system has to work harder, and other areas of the building feel hotter or colder, often to the point where anyone in those areas is uncomfortable. If the building has an automation system controlling everything, however, then if the system senses an open window, it can make adjustments so that the rest of the space remains comfortable.

Depending on the setup, automation controls could also stop the phenomenon of "air conditioning the neighborhood." Remember when your parents would tell you to close the window because the air conditioner was on, and they wanted to keep the cool air in? With building automation, the controls can prevent the thermostat from working too hard and trying to cool the room with the open window to the same temperature as, say, the rooms on an entirely separate floor.

Building automation can be anything from a smart thermostat to a full system where lights, doors, windows, and just about everything else are automated. To determine how much building automation is best for your building, speak with representatives from a company that can design and install these systems. 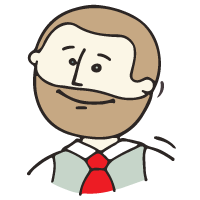